Agreeing and Impacting: The Effect of the Shareholders' Agreement on Firms' Market Value

Some countries admit the presence of pacts that allow to change the relations and balance of power control exercised by the shareholders. Known as shareholder agreements, these pacts are contracts between two or more partners whose goal is to agree on the direction of the relationship between its members. Empirical results suggest that shareholder’ agreements play an important role in low legal protection markets because they inhibit the ability of the majority shareholder to extract benefits in detriment of minority shareholder. This paper aims to analyze the effect of shareholders' agreements in the market value of Brazilian companies from 1999 to 2013. The sample is composed by 472 companies, including 86 companies with shareholder’ agreements. The empirical strategy comprises the fixed effects method on a panel data model. The results show that the effect on firm value is positive as the degree of protection of minority shareholders is higher. However, the regressions tested with the indirect ownership structure have not been able to provide evidence to that effect. 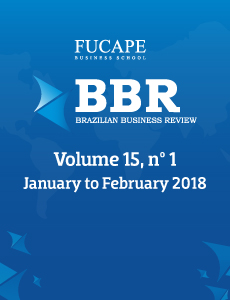