Do State-owned Enterprises in Brazil Require a Risk Premium Factor?

Despite the extensive privatization achievements over the last decades, government ownership of publicly traded companies remains pervasive around the world. Consistent with past evidence of structural change in the beta coefficient during financial crises, the more recent economic recession of 2014 to 2016 in Brazil presents an opportunity to demonstrate the disadvantages of allocating investment in companies that are publicly traded, but are controlled by the government. Constructing a portfolio of publicly traded State Owned Enterprises, we find that the financial crisis produced a significant increase in risk exposure, results that were much more pronounced when compared with a portfolio of privatized companies. The results also indicate that, in addition to a market factor, the poor performance can be explained by controllership. We believe this study adds to the longstanding debate on whether state-owned firms perform worse than private firms, with higher volatility and lower returns, particularly, during a period of financial crisis. 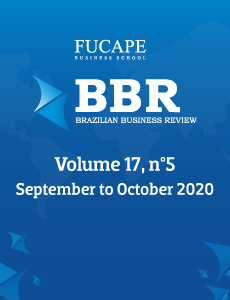