The Perception of the stakeholders influences strategies and its relation with the generic strategy: case study in small business enterprises of the north coast of Santa Catarina State

The purpose of the present study is to analyze the relationship between the stakeholders’ influence strategy perception and the generic strategy in the small business enterprises in the cities of the North Coast of Santa Catarina, according to the typologies proposed. The work, which has a predominantly quantitative nature, was realized in 148 (one hundred and forty-eight) business enterprises and services, by means of the application of three questionnaires in each company. The results found point out differentiation as the principal generic strategy, followed by Total Cost Leadership. It was also noticed that three stakeholders of the internal environment and four of the external environment could employ the influence strategies in order to compromise these organizations’ strategic decisions. The results of the association between the generic strategies and the stakeholders’ influence suggest little, or even no, differencebetween the adoption, or not, of generic strategies by the small enterprises, and the probability of receiving influence strategies on the part of the stakeholders, which was not expected by the study. The data obtained in these companies seem to emphasize the need to use more than one variable when analyzing small companies. 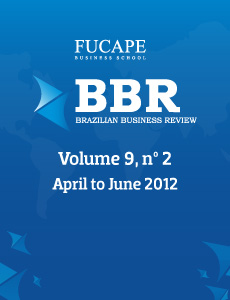