This paper aims at modeling the conduct policy of the interest rate by the Monetary Policy Committee of the Central Bank of Brazil (COPOM), following methodologically a statistical framework developed by Engle & Russel (1998) and used by Hamilton & Jordà (2002) in studying the decisions of the Federal Reserve of the United States. The results, once we observe the period from January 2002 to July 2010 with a weekly frequency, suggest that COPOM is influenced by government expenditures and that it has a forward-looking behavior, holding onto the expectations of the Gross Domestic Product (GDP) and the official inflation of the country. In addition to this relevant evidence in the discussion of the balance between fiscal and monetary policies in Brazil, Brazilian monetary authority theoretically possesses a behavior which is aligned to that observed in practice, though it presents a greater sensitivity to macroeconomic variations. 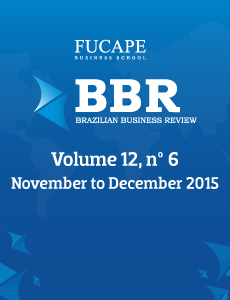